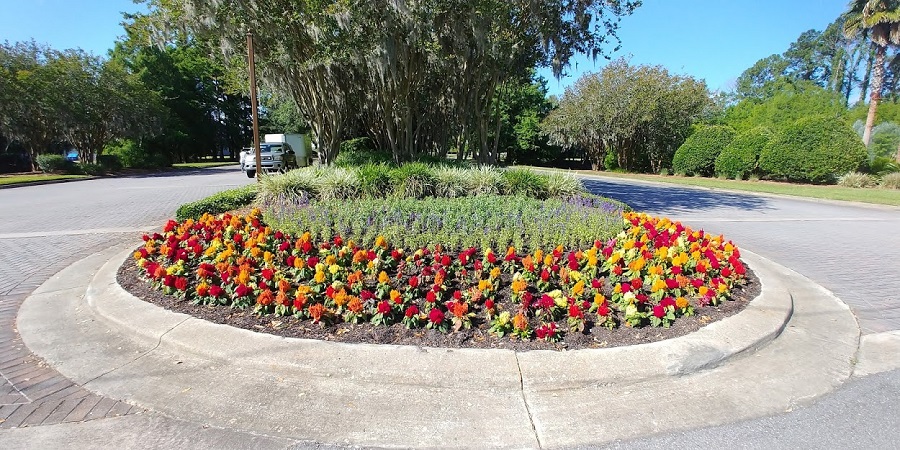 Color Works Nursery started as Hart’s Plant Nursery in 1974. The Hart family started producing vegetables and flowering plants in the early 1970’s when the Harts were residents on the current nursery property.

The family business began producing field crops for sale at local farmer’s markets, hardware stores, as well as for customers who would visit the farm.

The Hart’s expanded the business with blooming annuals, perennials and vegetable starts; birthing a plant nursery.

The Hart’s sold the nursery to Clyde Garrison in 1984. Clyde added 17 greenhouses and expanded the business.

He ran the place as tightly you would expect of a retired Navy Chief Petty Officer. In 2004, Tim & Marshia Garben took the reins. As UF educated engineers, the Garben’s modernized operations. In 2015, the entity of Hart’s Plant Nursery was sold to a cannabis operation. The existing nursery changed the name to Color Work Nursery. They installed overhead irrigation, new wells, inline fertilizers, a new barn and many other lasting improvements. Guiding a nursery business the financial crisis of 2008-9 was difficult. Many local growers shut their doors. The Garben’s showed toughness and adaptability to keep the nursery afloat. The current owners, Matt & Lisa Franck acquired the nursery in 2016. Matt operates the business and Lisa keeps an eye on Matt. Matt’s prior work was 24 years in the securities industry. The move to nursery ownership lines up with his heritage. Matt likes to tell anyone that will listen that he is a fourth generation farmer. Our commitment is to grow our plants, our customers and our people.

We are a farm and not a store. Please, wholesale customers only